An update on DGT phosphorus testing

Apal continues to support DGT method for phosphorus testing.
We are just about to embark on the fourth official soil testing season since the DGT test has been available. The following provides an update on where the DGT soil test is at since its commercial release, and also some observations from the results provided so far.

Uptake of the DGT test for P has been moderate, with approximately 6000 tests being performed in the 2012/2013 testing season, dropping to approximately 4000 tests in the 2013/2014 season. One of the major hurdles to the uptake of the DGT method has been around interpretation of what the DGT numbers mean, as well as being able to sufficiently test these numbers against standard soil testing methods, namely Colwell P. An ASPAC style accreditation program was performed by Back Paddock Company in 2013 and involved all commercial soil testing laboratories with the ability to perform DGT analysis. Three rounds of three different soil types were sent to the laboratories, where DGT, Colwell P and PBI analysis were performed. Relative Standard Deviations (RSD) of values obtained between all laboratories for each soil type suggested that DGT analysis was as reliable and sometimes an improvement compared to Colwell P and PBI.

It is generally accepted that the DGT P soil test will provide greater accuracy compared to Colwell P on calcareous soils, but there is still much debate about whether the DGT test offers additional benefits on other soil types. Scientific literature has shown that the DGT method could offer greater accuracy on acidic soils types with at least moderate P retention capabilities. An overview of the strengths and weaknesses of the DGT method can be found in Table 1.

Table 1: Strengths and Weaknesses of the DGT method for P.

What are the soil test values currently reporting about phosphorus nutrition (broad acre)?
A reasonable percentage of DGT P values from broad acre cropping regions are reporting various levels of deficiency. Those that have opted to combine the DGT method with Colwell P and PBI suggest that soils prone to low DGT values have reasonable P retention capabilities (PBI >80). Replacement P strategies, including matching inputs with the previous season’s removal, have been promoted by growers and advisers as an alternative to soil testing. The concern is that there is a generic replacement P value for each tonne of crop removed (e.g., 3 kg P/t wheat), which isn’t adjusted based on varying PBI levels. Higher PBI values have an influence on the effectiveness of fertiliser P inputs, at least in the short term. Inefficient replacement P values on moderate PBI soils may lead to drawdown on P levels, which might be reflecting the low DGT in some areas. One of these sites near Blyth, SA (low DGT, moderate PBI) was tested via a Phosphorus Responsive Trial during the 2014 growing season (funded by SAGIT). Harvest results have shown a significant increase to P applications (p ≤ 0.05), which confirms that deficiency was present (Figure 1). Of note is the relatively flat response curve obtained, highlighting that rate of >25 kg P/ha was required in order to obtain maximum yields – a much greater rate than replacement P inputs for this area. Based on current grain and fertiliser prices, economic gains can be achieved with these higher rates assuming a similar response curve is obtained.

Figure 1: Response curve of wheat in relation to increasing rates of P fertiliser

Should I incorporate DGT P analysis as part of my decision support tools?
If you are new to the DGT method then we suggest that each DGT analysis is accompanied with a Colwell P/PBI value. Based on the interpretation sheets provided, samples that should be followed up on are those where DGT and Colwell P recommendations are conflicting. In terms of management and cost, replicated field trials are not viable. As an alternative we promote the use of fertiliser strip trials to test which soil test is appropriate. These are seeder widths of varying fertiliser inputs, which enable an assessment of the crop response to those inputs. Below are some aspects of these strip trials that need to be considered in order to allow for an adequate assessment of the performance of each soil test.

Strip trial (area of no P fertiliser, either broad acre crops or pastures) 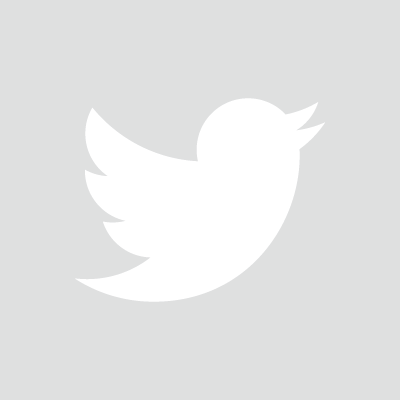